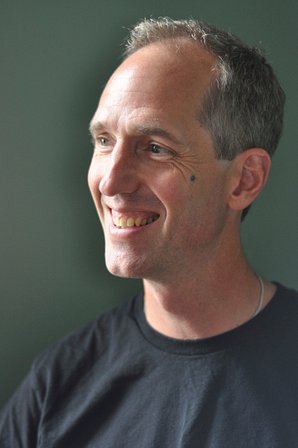 A native of the Boston, MA area, John Funkhouser studied classical piano from the age of seven, and classical bass starting at age nine. He earned a B.A. in Musicology at Cornell University and returned to Boston to earn a Masters degree from New England Conservatory in jazz piano, bass and composition in 1995. After a year performing in Singapore and four years performing and teaching in New York City, John again returned to Boston in 2000 to raise a family, perform, and accept a job at Berklee College of Music, where he taught ear training, piano, bass, harmony, and ensembles until 2021. He currently resides in Albuquerque, NM, where he is an active performer and teacher.

Funkhouser has performed classical music with the Cornell University Glee Club, Newton Community Chorus, and the New England Philharmonic Orchestra under conductor Richard Pittman. With the New England Philharmonic, Funkhouser shared the stage with pianist Stephen Drury, and was featured as section leader and as one of three soloists in Gunther Schuller’s 1991 Violin Concerto.

As the leader and pianist of the John Funkhouser Group, and as a sideman, Funkhouser has toured the US several times, performing at the New Orleans Jazz Festival, Pittsburgh's Mellon Jazz Festival, Oklahoma City's Jazz In June, Boston’s Beantown Jazz Festival, and The Riverbend Festival in Chattanooga, TN. He has played at the Blue Note Jazz Club, Birdland, and Dizzy’s in New York, the Kennedy Center in Washington DC, the Wang Center and the Berklee Performance Center in Boston, as well as top venues in Chicago, Los Angeles, San Francisco, and dozens of other US cities. John has performed abroad in Paris, Toulon, Zurich, Beijing, Shanghai, Singapore, Hong Kong, Cape Town, Johannesburg, Toronto, and Montreal. He appeared with piano prodigy Matt Savage on NPR and on national television shows including ABC’s “20/20” and NBC’s “Today Show."